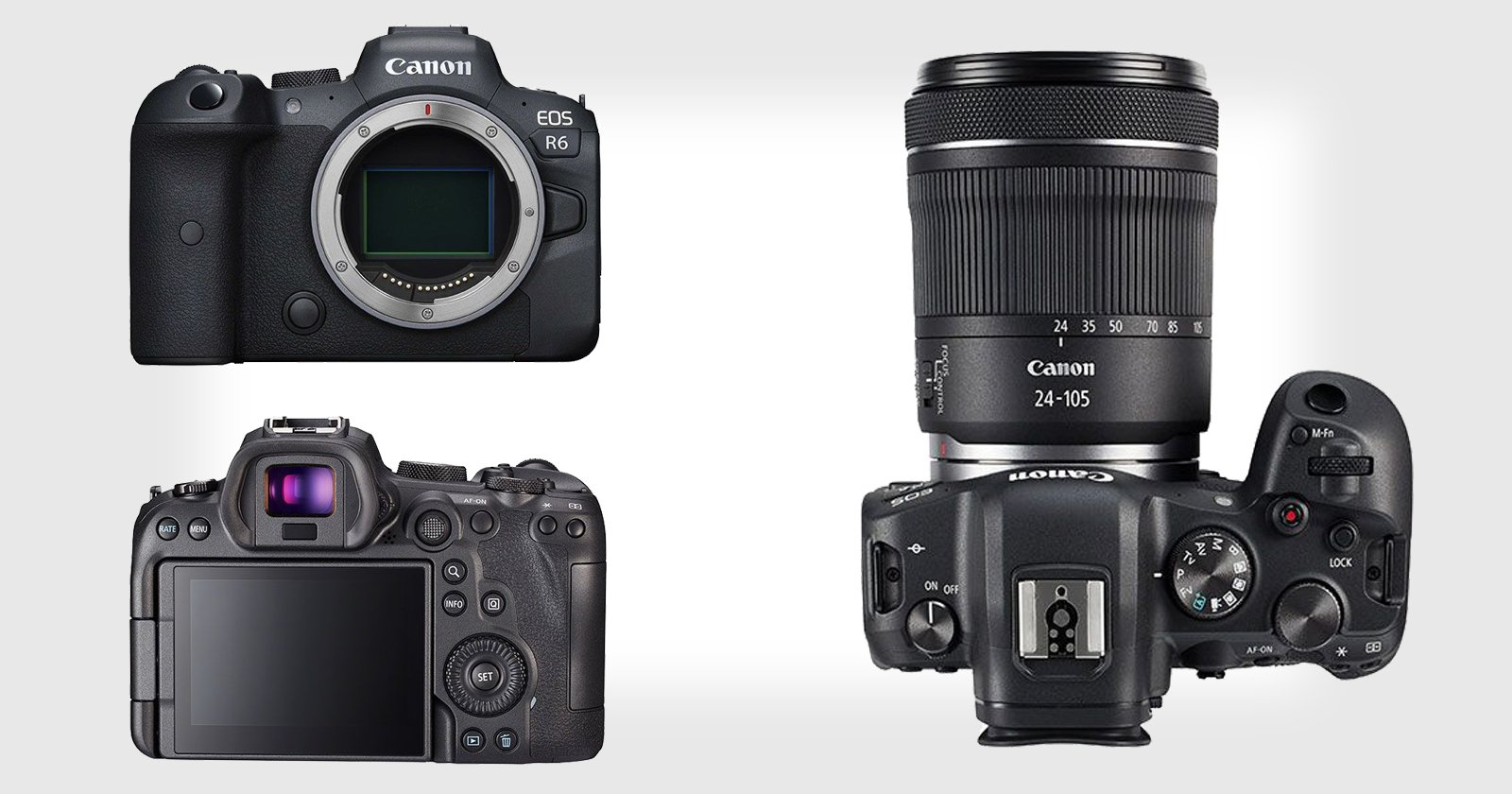 The Canon leaks are coming hard and fast now that the official product launch is less than 48 hours away. Yesterday we got a peek at the various 8K modes of the EOS R5 and the new 600mm and 800mm f/11 lenses; today, we get our first leaked product photos of the more affordable EOS R6.

The photos first appeared on Nokishita last night, and as you can see, this is a big departure from the first EOS R. You won’t get a top-mounted LCD, a touch-bar, or the fancy (read: annoying) digital mode dial. Instead, you get a good old-fashioned joy stick, a regular mode dial, and a more robust rear selection wheel that’s reminiscent of Canon’s higher-end DSLRs.

Here’s a closer look at the leaked images compared to similar product photos of the current Canon EOS R: You can see a full list of the reliable leaked specs over on Canon Rumors.

The camera is expected to come in around $2,500, although that bit isn’t confirmed just yet. Not that you’ll have to wait long for confirmation; the Canon EOS R6 is expected to launch two days from on, during Canon’s “Virtual Product Launch” on July 9th at 8AM Eastern Time.

Canon RF 85mm f/1.2 vs Canon RF 85mm f/1.2 DS – Is it worth the extra cost?
Unsplash has released over 2 million images in a new massive open source dataset
How I shot the Grarbox getting loaded in the speed of light
The Kolari Pro IRND Filter is Designed for Both Infrared and Visible Light
Jake Chamseddine reveals the “Capturing Performances” Quest winners